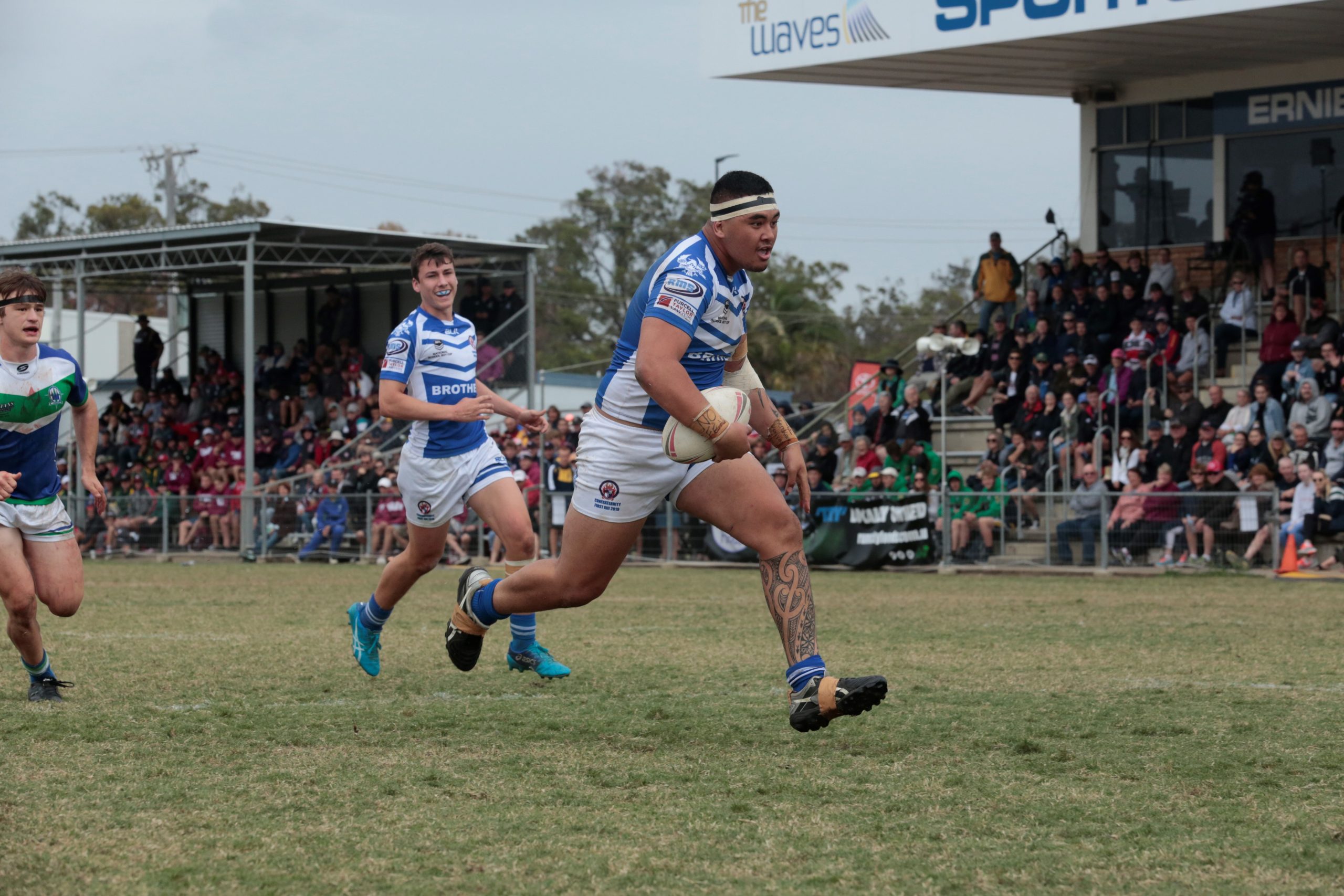 Michael Morgan’s promise of what the Confraternity Shield would mean for the rest of their lives drove a precise Ignatius Park College back to schoolboy rugby league’s most cherished prize in Bundaberg today.

Morgan has won an NRL premiership, State of Origin series and a World Cup for Australia but, over dinner a few weeks ago with the Ignatius Park team, he told them the Confraternity Shield was right up there with his favourite memories.

Ignatius Park didn’t forget Morgan’s advice as they charged to their sixth Confraternity Shield with a 34-0 shutout of Rockhampton’s Cathedral College in today’s final before a packed crowd at The Waves Sports Complex.

It was Ignatius Park’s sixth Confraternity Shield triumph – Morgan and his North Queensland Cowboys team-mate Kyle Feldt were part of the team that claimed the Townsville school’s first Shield in 2008.

“Michael sat down with our players over dinner and he told them that his Confro memories were as good as they got in football – it was about playing with and for your mates and your school and the school community,” Ignatius Park coach Steve Lansley said.

“He told them he would never forget his Confro win and it remained right up there with all he had done since. We remembered that this week and our players really responded.”

The spirit of Confraternity showed on the Ignatius Park bench where backrower Dean Barnes insisted on dressing in his playing gear despite the fact that his plaster-encased broken arm, suffered on Monday, would prevent him from running on.

The Carnival brings together 48 private school teams – almost all Catholic schools – from across Queensland to continue a tradition that began with six teams in Bundaberg in 1980.

Ignatius Park have established themselves as the dominant Confraternity force over the last decade – Valentine Holmes, Patrick Kaufusi and Coen Hess were part of the team that won three straight from 2011.

But they were wary of The Cathedral College which stormed into the final with five consecutive wins. Cathedral used early kicks to try to turn Townsville’s larger pack around, hoping the big men would tire by covering metres.

St Mary’s defeated Ignatius Park in the semi-final last year and Lansley said that experience had toughened his players and focused them on responding this year.

They had to overcome the loss of their halves pairing last week, meaning Ignatius Park had to reshuffle its key players. But they responded by conceding only two tries in their six matches this week.

“That’s what Confro is about – you never get everything to go your way. It’s always a challenge,” Lansley said.

“We learned a lesson last year that we had to peak on Thursday and Friday. We didn’t want to leave it all out there early in the week and the preparation worked out perfectly for us. We were clunky in attack all week but we finally put it together today.”

Third place went to Marymount College, Burleigh Waters after they overcame Padua College 20-4 in their playoff. Padua were among the most impressive teams of the week, setting up well for the AIC schools’ first staging of rugby league as a term sport later this month.

All 48 teams played three pool matches on Monday and Tuesday morning before the teams were sorted into pools of eight to play for the Confraternity Shield, Trophy, Plate, Bowl, Cup and Challenge.

The Confraternity Carnival is staged by the Queensland Independent Secondary Schools’ Rugby League with this year’s matches hosted by Shalom College. The fields were turned out in superb order and the Bundaberg community rallied around the carnival, which was held at the same time as the Queensland Independent Secondary Schools’ Netball carnival, which attracted teams from 64 schools.

QISSRL president Peter Elmore rated the Carnival as a success.

“We speak about the spirit of Confraternity because this Carnival is always about spirit, fair play, fellowship and all of the good qualities of sportsmanship,” Mr Elmore said.

“We saw that throughout the week. I congratulate all players and team officials for the outstanding way in which they played. We look forward to the 41st Confraternity Carnival next year to be hosted by Iona College.”