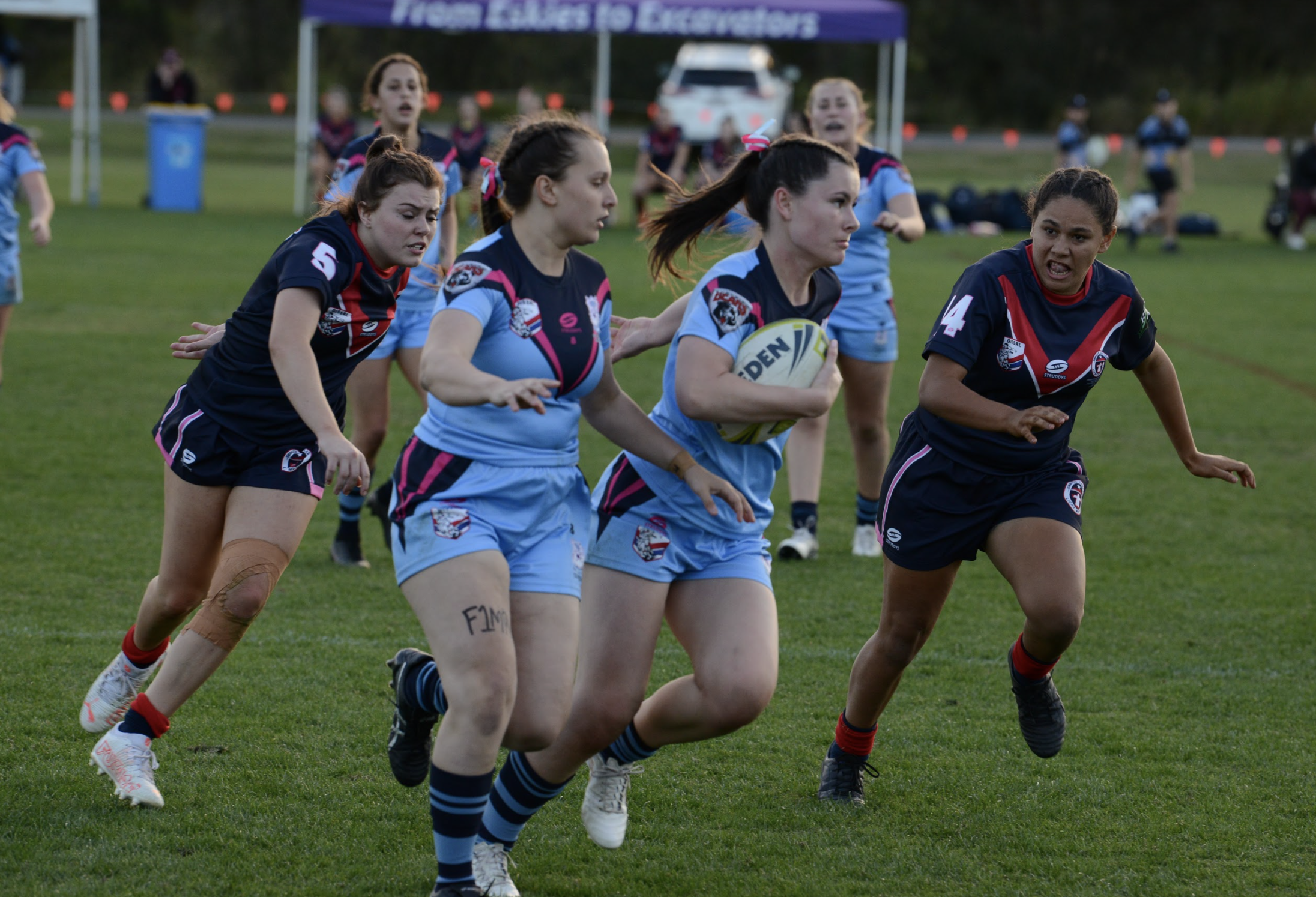 St Patrick’s College, Mackay took a huge step towards the title that it once dominated when it stormed home to defeat rivals St Brendan’s College, Yeppoon in a gripping start to the 2021 Confraternity Carnival at Iona College today.

As “Confro” returned for the first time since 2019, St Patrick’s College overcame a 6-20 deficit in their Pool D clash with St Brendan’s, scoring 20 unanswered points to win 26-20 to wrap up a day of 57 pool matches.

There was plenty to take in across Iona’s fields on Brisbane’s bayside as 50 schools and more than 1230 players, mostly from Catholic schools, took part in the competition run by Queensland Independent Secondary Schools Rugby League. The highlights of Day One of Confraternity Carnival, sponsored by CQ University, included:

The stage is set for an important run of final pool matches tomorrow morning that will determine the line-up for the quarter-finals in the afternoon ahead of Wednesday’s rest day.

St Patrick’s College, Mackay coach Michael Comerford said his players knew that they could set up their best possible quarter-final draw in the Confraternity Shield if they could topple St Brendan’s College, which came to Iona with genuine finals hopes.

Both teams are royalty in the decorated 40-year history of Confro, sharing 21 titles between them.

But St Patrick’s College Mackay – the school of the likes of Daly Cherry-Evans, Wendell Sailor and Grant Rovelli – has not won a Confraternity Shield since 2003. Rovelli was in the stands today to watch the team that he steered to victory 21 years ago.

Comerford, in his first year as coach, said his players were aware of the long run between Shield wins and had engaged its old boys with better memories of Confro success.

“We’ve tried to build those connections with our old boys because we know the pride that St Pat’s has in its Confro history,” Comerford said.

“We’re working with our players on what it means to wear the St Pat’s jersey because that’s important to us here.”

St Patrick’s had sounded a warning with its recent victory over state champions Kirwan State High School in the Aaron Payne Cup but that touch eluded them as St Brendan’s skipped to a 20-6 lead with a try early in the second half.

But St Patrick’s flexed its muscle with a stirring finish, relying on the likes of prop Ethan Cocco to build a fightback that has them in line to play Marist College, Ashgrove or St Augustine’s College, Cairns, in the quarter-finals. Cocco is one of the few frontline St Patrick’s players without a deal with an NRL team despite the excellent form that included his match-winning try against Kirwan recently.

St Brendan’s must defeat Padua College tomorrow morning to book a quarter-final with Ignatius Park College, which did not concede a point today in wins over St Augustine’s Cairns (18-0) and Shalom College, Bundaberg (44-0).

The Cathedral College was just as impressive in its wins over St Mary’s, Toowoomba (26-6) and Aquinas College, Ashmore (46-6) to roll towards the quarter-finals.

But the biggest roars of the day were for the home team as Iona College, fresh from a rugby union season, defeated Aquinas College (32-12) before landing the knockout blow on 2018 champions St Mary’s, Toowoomba (18-6). The result left Johnathan Thurston’s former school without a win in a tournament in which they were expected to challenge for the grand final.

The girls took centre stage in the morning as nine schools contested the inaugural girls’ competition after efforts to bring them in last year were ruined by COVID.

Marymount College matched the feats of its boys’ team with an undefeated run today off the back of its promising play in the Titans Cup on the Gold Coast. The girls’ competition continues with two pool matches for each team tomorrow to determine the order for Thursday’s finals matches.

The boys’ carnival is contested in three divisions of 16 teams. Each team plays two matches of 20-minute halves on the opening two days.