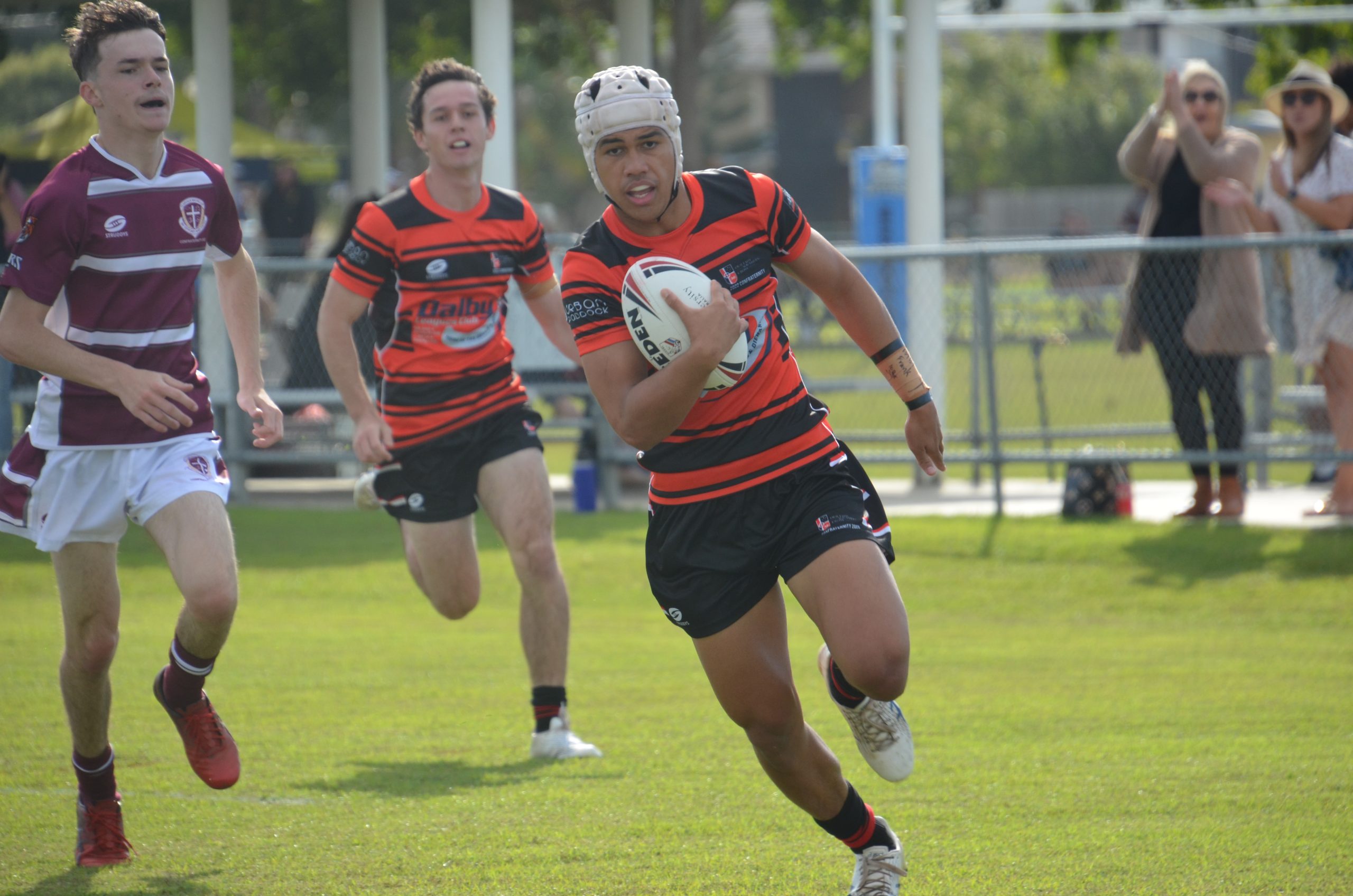 By Jordan McDonaldJuly 29, 2022No Comments

It’s the story of the little school that could.

Our Lady of the Southern Cross College, Dalby, sprung one of the great upsets in Confraternity Carnival history when it won the Division 2 title – the Neil Bloxsidge Plate – in Mackay this month.

It doesn’t sound too unreal until you take in a few facts. Only two weeks before the Carnival, Our Lady of the Southern Cross College was one 16 schools entered in Division 3. But a Division 2 team asked to push back to the lower division so carnival organisers needed a volunteer to step up.

Our Lady of the Southern Cross – with only 54 age eligible boys to select from – took up the challenge against some of the state’s largest single-sex schools with up to seven times as many students.

In the final, the Dalby team knocked off St Edmund’s College Ipswich which, only two weeks earlier, had gone within a whisker of winning the prestigious AIC First XV rugby union title.

So, how the heck did Our Lady of the Southern Cross, coached by Steve Gillespie, go from Division 3 hopefuls to Division 2 champions?

“We’ve got a once in a generation team at the moment, they’re a special group of boys,” Gillespie said.

“We originally applied for Division 2 and that was largely driven by the players, but the draw came out and we were selected in Division 3. When we were asked to go up, we called a meeting with the players, and they unanimously agreed.

“They were excited to test themselves and see how they’d handle a step up in division.”

Our Lady of the Southern Cross College joined the Confraternity Carnival in 2015 and finished among the bottom four teams of Division 3 that year and the bottom eight until 2018.

Despite a tough start at Confraternity, Our Lady of the Southern Cross College had gained valuable experience which helped the boys’ finish fourth in 2018 and sixth in 2019. They were undefeated in the pool stage of the cancelled Iona carnival last year.

Having battled from the bottom of Division 3, Gillespie said getting to the point of Division 2 champions had been a gradual process.

“We had only one (club) rugby league player in our first Confro team. Now, 19 of the 21 players who travelled to Mackay are playing for the Dalby Diehards or Dalby Devils clubs.

“Rugby league has always been super strong in Dalby but at the moment it’s really forging ahead.”

The players that made up the Our Lady of the Southern Cross team in Mackay have played together since Under 13s through the Darling Downs Schoolboy competition where they’ve been very successful.

The team won in Under 13, both years in Under 15, last year winning the Under 18 competitions.

When asked about his coaching secrets, Gillespie said there wasn’t anything complicated.

“I expect every player in my team to be able to make a tackle and be able to hold the ball,” he said.

“The more we tackle effectively and the more we can hold and promote the ball, the more chance we give ourselves to create opportunities.”

Our Lady of the Southern Cross College Principal Peter Cuskelly (team trainer) joined the rest of the students in congratulating the team when they returned to school.

Mr Cuskelly said the team set an excellent example for other Division 3 teams who might be considering a change.

“We were half the size of any team we played,” Cuskelly said.

“It just gives all those teams in Division 3 a chance to think about what they could achieve if they keep persisting with their football program and continue to grow great men, as Lionel Williamson would say.”

The team was recognised at the first whole-school assembly of Term 3. 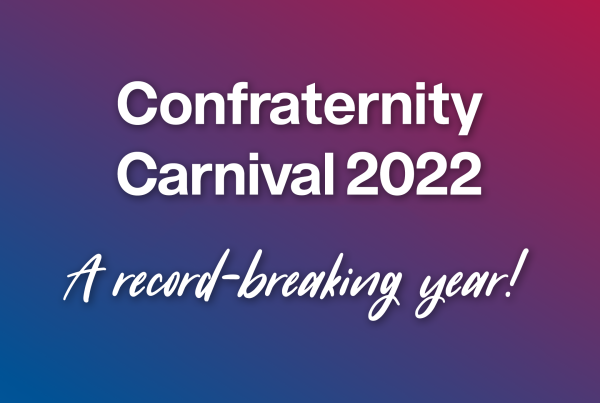 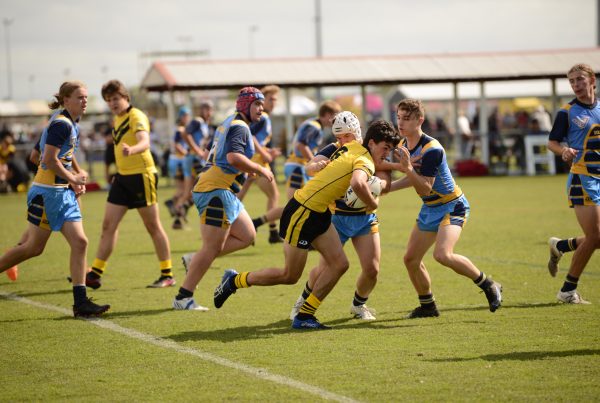