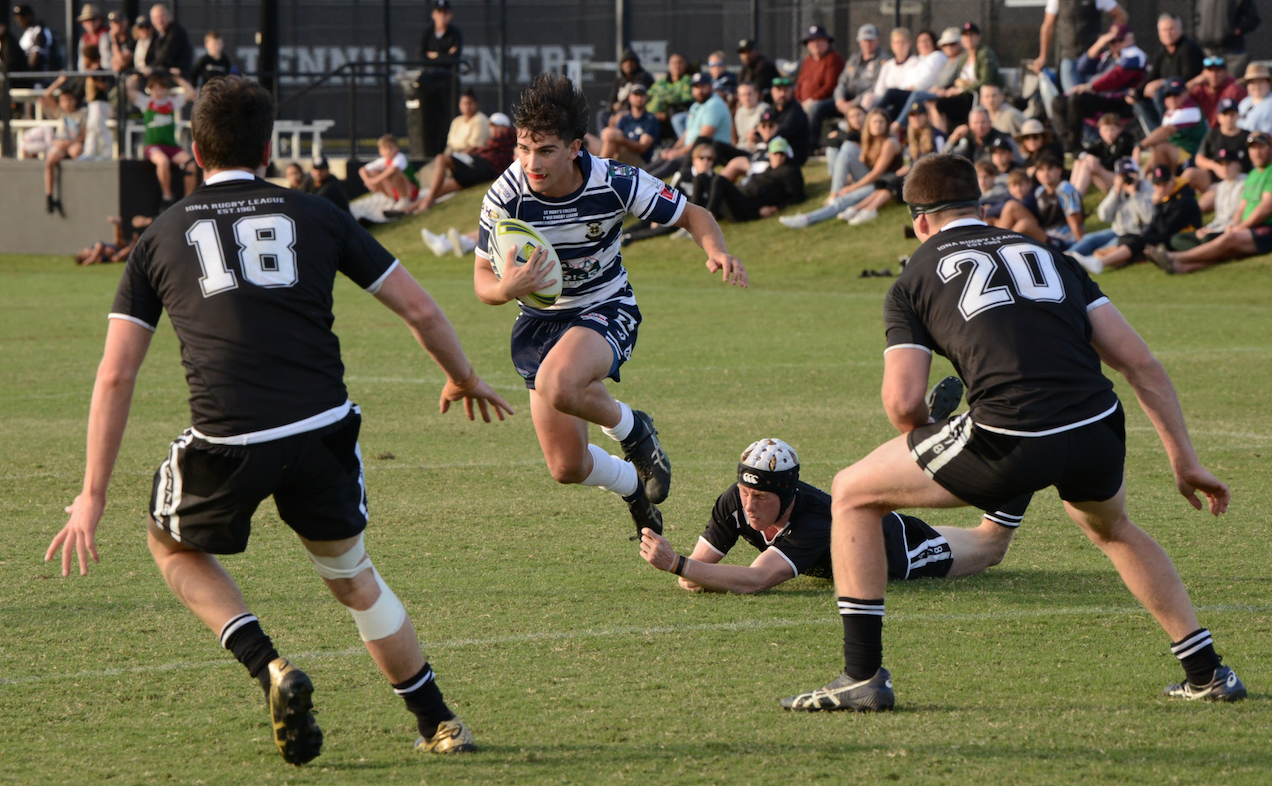 By Michael CrutcherJune 29, 2021No Comments

COVID impacted on Confraternity Carnival for the second successive year but only after two days of superb schools action at Iona College.

Organisers made the decision to cancel the 41st annual Carnival just before finals matches began after the Queensland Premier announced a three-day lockdown would begin at 6pm tonight.

That announcement came as the final pool matches for the boys were underway while the inaugural girls’ competition had reached its last pool matches.

“Confro”, sponsored by CQ University, brought together more than 1230 players, mostly from Catholic schools across Queensland.

There was an audible groan around Iona College on Brisbane’s bayside as the decision to call off the remainder of the carnival was announced. Iona delivered an outstanding carnival, overcoming the disappointment of last year’s full cancellation with first-class facilities and volunteers.

However, the Queensland Independent Secondary Schools Rugby League was left without a choice but to end the Carnival as the lockdown impacted on each of the 50 schools that had travelled from all parts of the state to compete.

“The health and safety of our participants is our priority at all times,” QISSRL President Peter Elmore said.

“We thank everyone who has worked so hard for this Carnival. We have enjoyed an outstanding three days, beginning with Sunday’s opening Mass and ceremony.

“Iona College has been a brilliant host. It’s been a wonderful Carnival. The spirit of play across the last two days has been excellent. The Spirit of Confraternity was upheld.

“We didn’t have the chance to gather last year and, while we couldn’t play out this week, we can focus on the many positives that the first three days gave us.”

“While we are unable to play finals matches, more than 1230 students had the opportunity to become Confro players. They are now part of the Confro community and will always be part of that community.”

The 2021 records will show multiple unbeaten teams during the last two days.

Across the girls’ and boys’ competitions, Marymount College, Burleigh Waters, St Patrick’s College, Mackay and The Cathedral College, Rockhampton, were unbeaten in all of their qualifying matches.

Ignatius Park did not concede a point in two matches yesterday but they started slowly today as Marist College, Ashgrove raced to a 14-0 lead in their pool clash. But Ignatius Park then rattled off 40 unanswered points to cruise towards the quarter-finals.

Next year’s Confraternity Carnival is scheduled for Mackay. It will be the first time since 1996 that Mackay has hosted the Carnival.