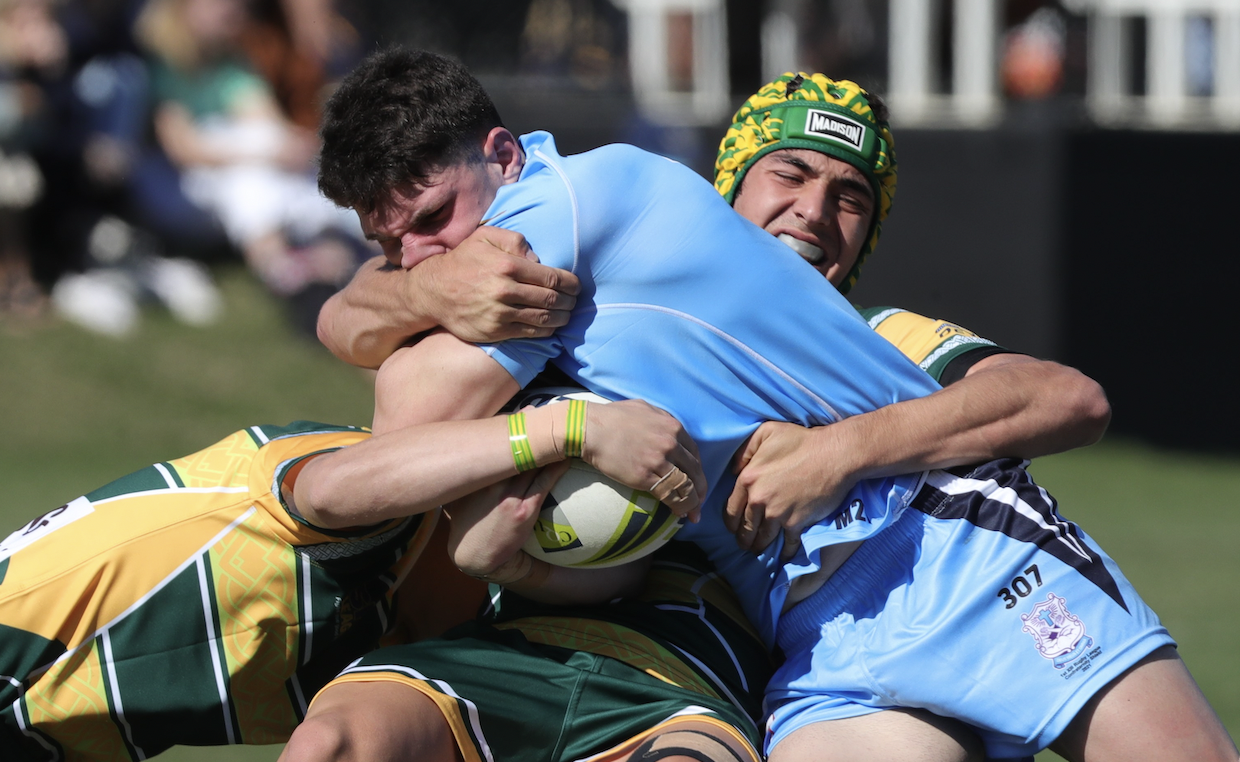 By Jordan McDonaldJune 24, 2022No Comments

St Patrick’s College, Shorncliffe are following the method of most AIC schools as they prepare for the Confraternity Carnival in Mackay.

St Patrick’s opening Division 1 pool match against St Mary’s College, Toowoomba on Monday will be their first game of rugby league this season in any form.

Like all schools in the Associated Independent Colleges’ competition, St Patrick’s has just completed its rugby union season.

Rather than rush his players into league trial matches, St Patrick’s coach Brian Polich has opted for an intensive camp with specialist coaches and training sessions to prepare his team.

Other AIC schools have followed a similar path juggling the demands of the rugby union season with the need to have bodies and minds fresh for Confro.

“Our players have had the chance to build combinations in their school footy careers together and through the rugby season so that’s been important to us,” Polich said.

“We have a good base because we have eight players returning from last year’s carnival and we have good rugby league experience through the squad.”

AIC schools are building a good record at coming from their rugby seasons and making an impact against schools that specialise in league.

Five years ago, St Patrick’s qualified for the Confraternity Shield semi-finals for the first time when it toppled St Mary’s College in the quarter-finals at the carnival hosted by Padua College.

Polich, a former Brisbane first-grade player, has coached Shorncliffe since 2013 and has long looked for an edge for his players in his coaching methods and invitations to specialist coaches to assist.

The AIC schools will return from Confro to begin a new AIC rugby league season in a competition that gains in strength each year.

“We’re certainly seeing the strength of the league competition each season now that it is established as a term sport,” Polich said.

“Confro is something that our players love attending. It’s a real highlight for them and they will take away memories that will last a long time.”

St Patrick’s has a history of producing strong league talent with William Boland chosen as fullback in the last QISSRL Merit team named in 2019. The school’s graduates include the likes of Queensland Origin representative Dylan Napa and Sharks premiership forward Jason Bukuya.

This year, St Patrick’s will play in Pool A with two Rockhampton-based schools in The Cathedral College and Emmaus College and St Mary’s College.