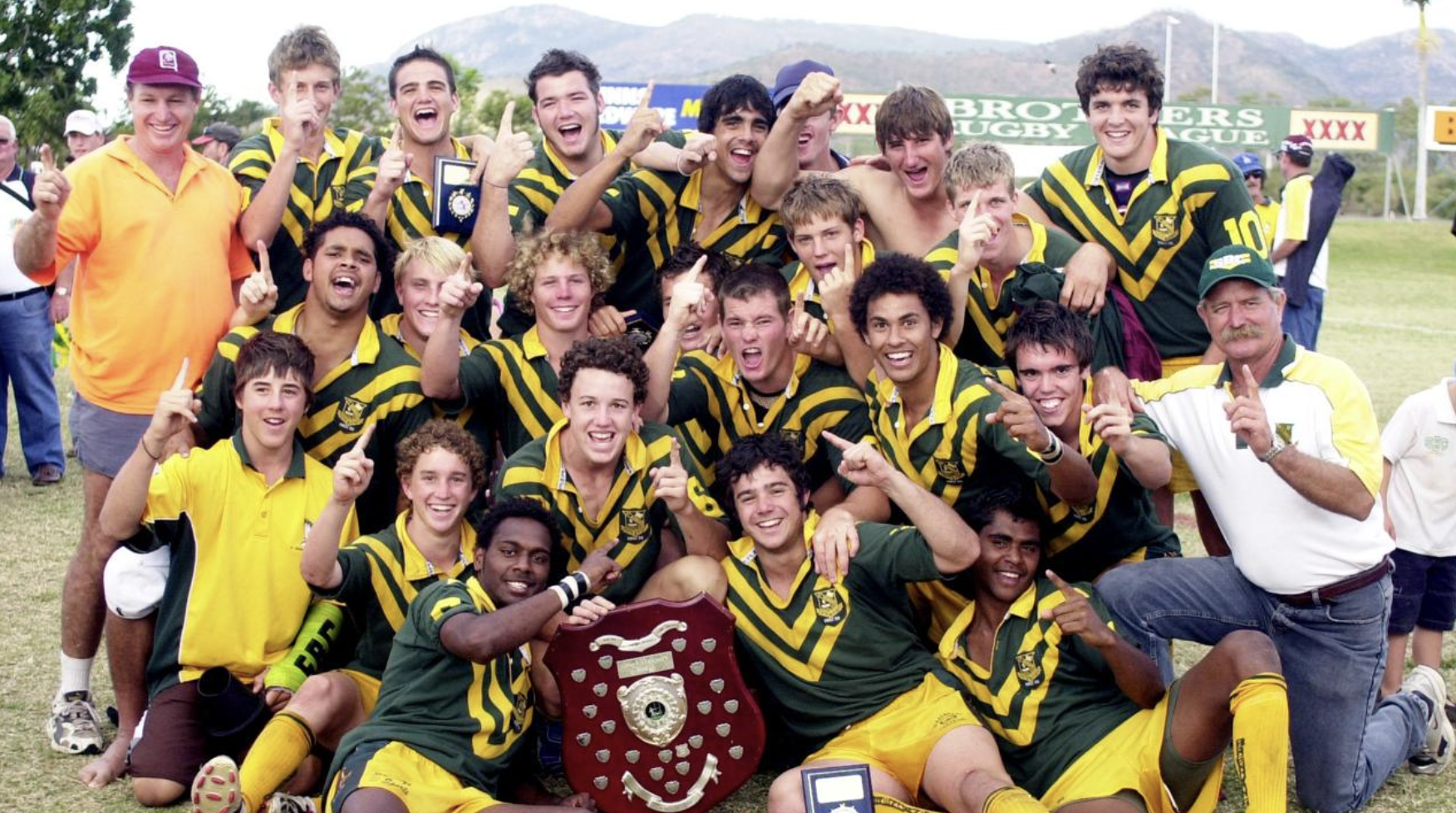 By Jordan McDonaldJune 8, 2022No Comments

The most successful school in Confraternity Shield history can’t wait to get back to a full carnival.

St Brendan’s College, Yeppoon, was excited about its chances last year when Iona’s excellent event was cancelled by the Covid pandemic after the pool rounds.

St Brendan’s coach Scott Minto thought his team’s final pool match was among the best footy it had played all season, preparing it for the quarter-final matches.

But St Brendan’s was packed up and on the bus home when the Division 1 finals matches should have been played, extending its Confraternity Shield drought.

The trip back to Mackay could serve St Brendan’s well because the College has won the only two previous carnivals held in the city. In 1996, St Brendan’s broke a nine-year drought when a team featuring future NRL players PJ Marsh and Darren Mapp defeated Chris Walker’s St Mary’s College, Toowoomba in the final.

“We’re really looking forward to getting back to a full carnival after last year’s was cancelled,” Minto said.

“We’d won our final pool game quite well and I thought we were starting to hit our straps. We were excited about getting into the finals but obviously Covid meant the carnival had to be stopped.

“Every school has been waiting a while to get back to Confro so this year will be exciting.”

Minto’s squad will head to Mackay with some insights into competing teams.

The Dolphins Cup is largely made up of Confraternity schools from Yeppoon, Rockhampton and Bundaberg. Teams from Mackay north play in the Aaron Payne Cup after a redistribution for this year’s competitions.

Minto went to school in Yeppoon before playing more than 50 NRL matches for the Brisbane Broncos and North Queensland Cowboys.

But Minto was at Yeppoon State High School, rather than St Brendan’s, giving him a unique perspective on the school.

“I used to hate playing against them because they were so fit and strong and so tough to beat,” Minto said.

“St Brendan’s has a great history and it’s proud of its many years at Confraternity Carnival.

“We’ll be heading up there on the Sunday morning in a trip we’ve done a lot over the years. We’ll be staying in the same place we usually stay in Mackay and we enjoy playing on those fields.”

The St Brendan’s squad will feature fullback Matthew Hill, who has recently signed with the Melbourne Storm. Hill also features in the Capras Under 21 team in the statewide competition.