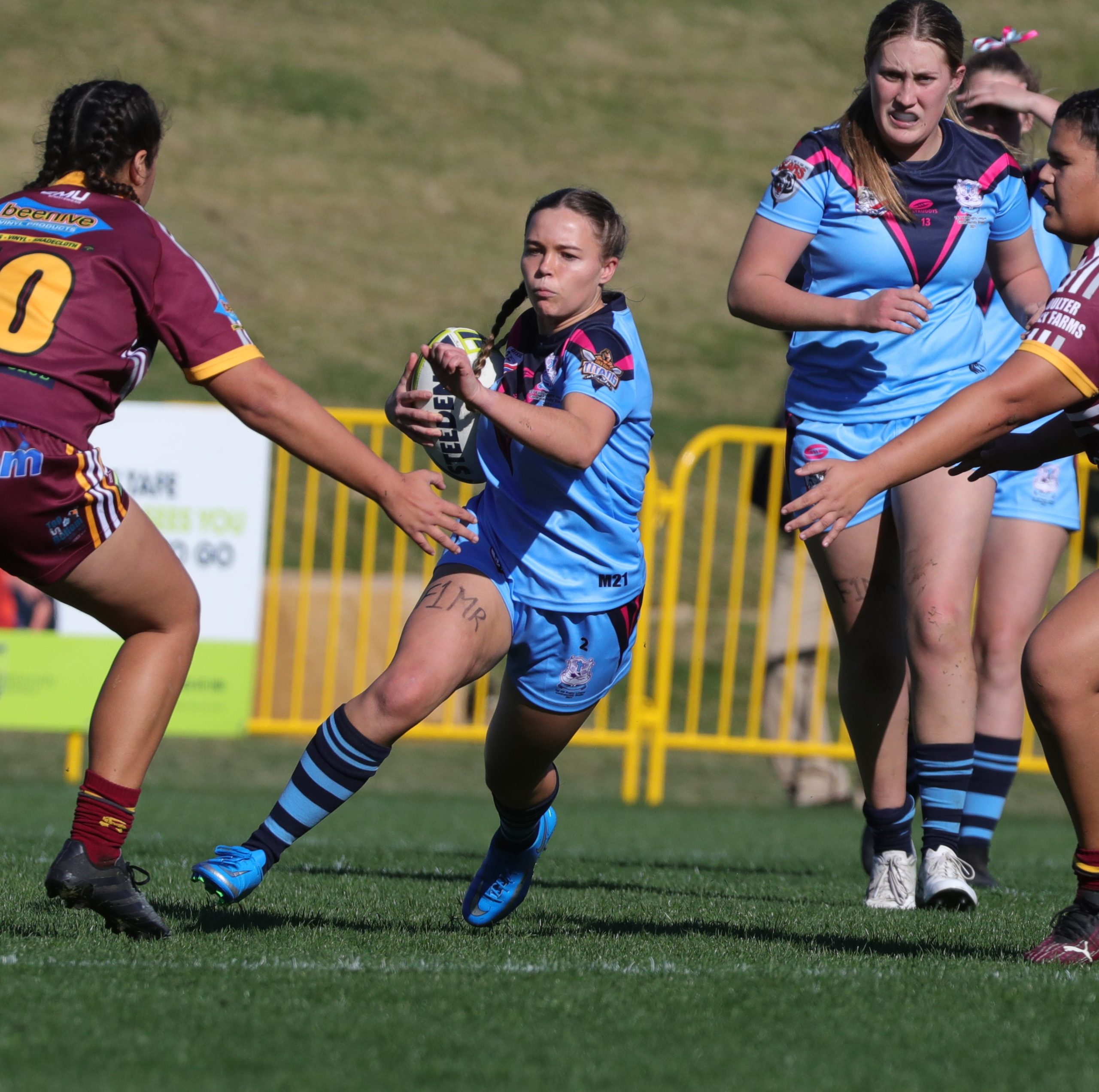 By Jordan McDonaldJune 10, 2022No Comments

Marymount College will field an experienced squad when they return for Confraternity Carnival’s second girls’ competition.

Eight players from last year’s team are returning for their chance to play a full week of games alongside new team members who will experience the carnival for the first time.

Marymount coach Kim Smith said the girls were frustrated when last year’s carnival was cut short due to a sudden Covid lockdown but commended the host school.

“It was a disappointing conclusion to last year’s carnival at Iona College with a three-day lockdown called just before finals matches were to commence,” Mrs Smith said.

“Iona put on a superb carnival.”

Marymount showed they were a force to be reckoned with during the pool games of the inaugural year of girls’ competition.
Marymount had defeated Southern Cross Catholic College 32-0, Emmaus College Rockhampton 32-6 and Trinity College 54-0.

With the majority of the squad returning this year, Marymount will again be a strong competitor.

But wet weather conditions in recent months have made preparation for this year’s carnival more challenging than usual for Marymount, particularly for new players.

Coach Smith said although these girls had come from other sporting codes, the preparation period was vital for teaching them core skills.

“The amount of rain received on the Gold Coast has given us some experience in wet conditions but it hasn’t been the ideal amount of preparation required for coaching our new players the concepts of the game,” Mrs Smith said.

“Many of our players come from AFL, Oztag and netball backgrounds so learning the game of rugby league has been a challenge for them, but they love the contact.

“Our focus at training this year has been on our defence and ball movement with many of our sessions split between the gym and ball work on the field.”

Despite the disruption, Coach Smith said she was proud of how hard the girls had worked in preparation.

“This team of girls are rewarding to work with. They’re keen, they listen and they work extremely hard,” she said.